Property giant EcoHouse Group are taking the Brazilian affordable housing market by storm and in the past 4 years have launched more Minha Casa Minha Vida housing projects than any other developer involved in the programme. The company has a unique way of raising funds for their projects and choose to involve investors rather than using bank funding which can be a long drawn out process, this has made investors all over the world a lot of money over the years and the company has recently expanded to the South and launch another housing project in Rio Grande do Sul.

It is however clear to see that EcoHouse is here to stay and rumours have been spreading that the state of Amapa, may be a future MCMV site, Brazil is a massive country and it make sense that a company growing at this phenomenal rate what to have a presence in every corner of the country.

The state of AmapÃ¡ is the northernmost part of Brazil, bordering on French Guiana and the (former Dutch Guiana colony) republic of Suriname. In everyday speech many people nowadays still tend to use the old nickname of the territory, â€˜Brazilian Guianaâ€™, referring to its neighbours on the continent.

In the late nineteenth century the area of the state became of great interest because of gold deposits and the increasing importance of rubber. This led to serious clashes with French colonial neighbours, only settled in Brazilâ€™s favour after much upset and by international arbitration at Geneva.

To the west and south of the state is the much larger state of ParÃ¡ and at the extreme north of AmapÃ¡ (and indeed Brazil as a whole) is the River Oiapoque estuary. The overall vegetation pattern of AmapÃ¡ is rainforest growth and to this day well over half the territory of the state is still unexplored Amazon forest. For this reason the only large scale way to or from the capital city, MacapÃ¡ ( on the Amazon) is by air or water. Every so often plans are drawn up for carving a major access road through the â€˜jungleâ€™ but so far nothing has come of them.

Altogether in the state live only about 650,000 people (more than 60% of them in the capital area), which is quite sparse considering the state has an area about half that of England. Seventy per cent of the people are ethnically mixed-race with considerable minorities of black or white. There are very few residents of indigenous ancestry. The state is unusual in that a fair number of people (but still a minority) also learn and speak French, prompted by the proximity of French Guiana, an overseas territory of France.

As regards the economy of the state, the vast majority of AmapÃ¡â€™s GDP nowadays comes from service sector sources. This amounts to about eighty-eight percent of the total. Industry accounts for just under eight percent of gross domestic product and agriculture five. For some decades from the mid twentieth century onwards, newly discovered manganese deposits revolutionised the local economy but by now (2014) that effect has become very much less.

The overall contribution of AmapÃ¡ to the national economy at the present time is not impressive and amounts to scarcely one fifth of one per cent. Local administrators hope that the planned new international airport at MacapÃ¡ will more than double visitors to and from the state and thereby boost the economy in the 2020â€™s and beyond 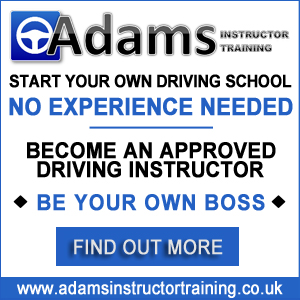